I recently found a GX80 body for sale in a second hand store at a very reasonable price so I decided to purchase it to investigate the key features that this camera from Panasonic has to offer over the GX8 that I have. As the GX8 has a 20M pixel sensor, in theory it can produce images with more pixels allowing some cropping of the image to occur if needed to create more pleasing compositions etc. However the physics of the sensor would lead you to believe that this will come at the expense of low light performance. The GX80 has only 16M pixels but importantly no anti alias filter (optical lo pass) over the sensor. By its removal it, in theory should allow sharper images as the pixels are able to resolve higher resolutions. Secondary, it is possible that the larger pixels of the GX80 will also exhibit better dynamic range thus allowing it to shoot in higher contrast situations compared to the GX8.

Time to put these assumptions to the test. Shooting the same subject with the same lens (to eliminate lens resolution variances) under the same controlled light and the images enlarged to the same degree (i.e not viewed at 100% as the GX8 would produce far bigger images) I could evaluate if any of these assumptions bear out.

From the two comparison images above you can see that the resolving power of the two cameras is almost identical. I think that this shows the 16M pixel GX80 now has the same resolving power as the 20M of the GX8 which has the anti alias filter fitted. As far as dynamic range is concerned these JPEG images have very similar looks so I'm not sure there is any change here and noise levels look very similar.

I think further tests might be needed to prove it one way or the other but this bodes well for the new G9 which also has the anti aliasing filter removed from its 20M pixel sensor!

Some initial JPEG images from the camera all taken with the new 18-150mm f3.5-f6.3 lens - please click for larger view 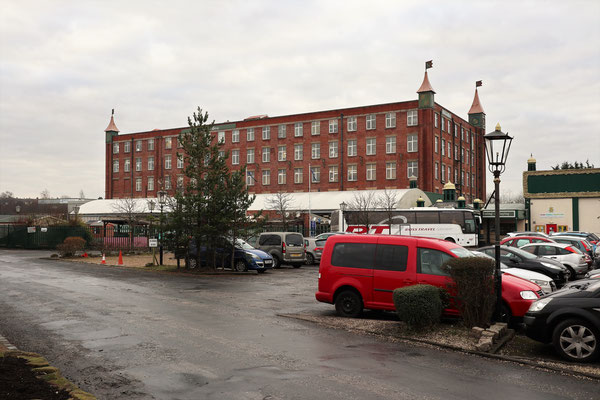 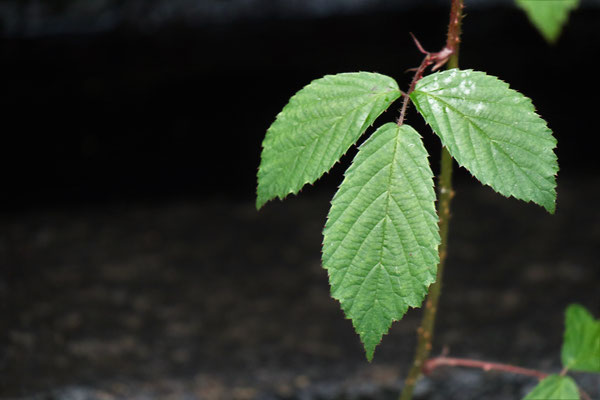 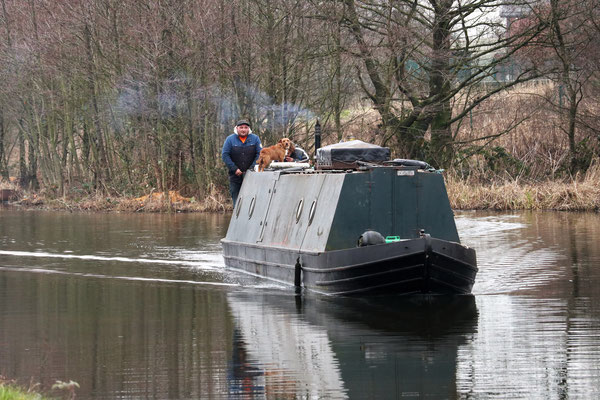 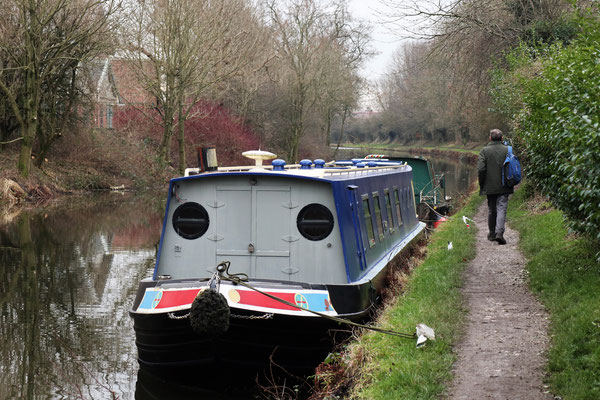 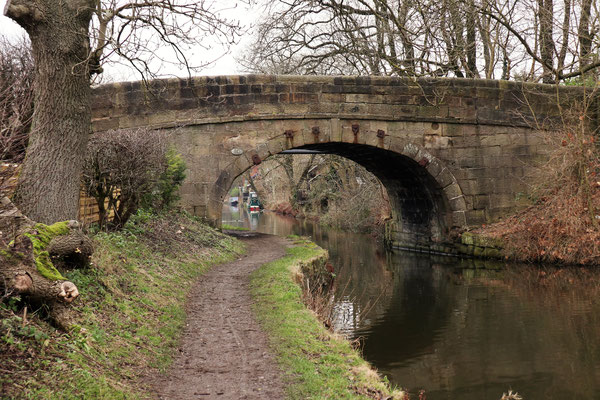 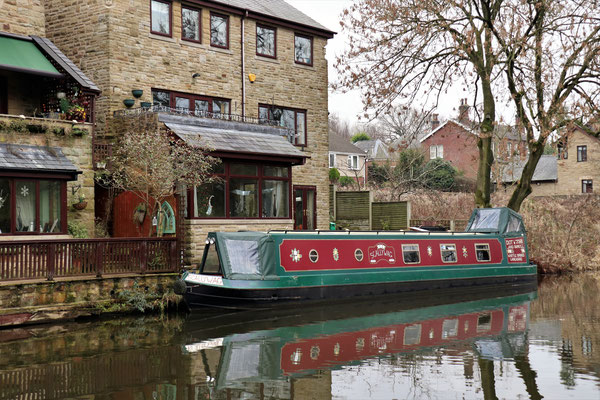 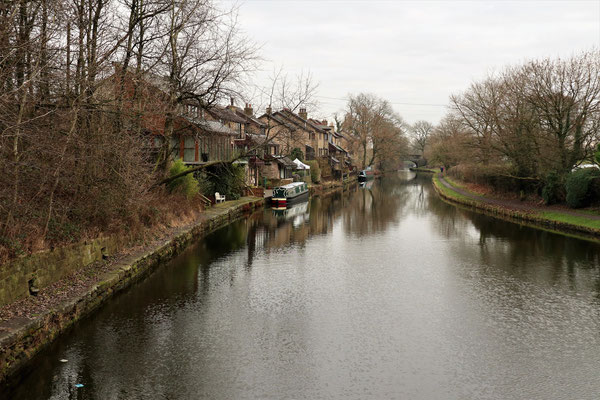 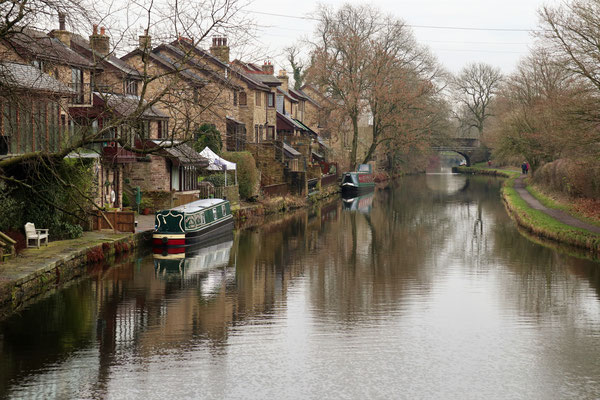 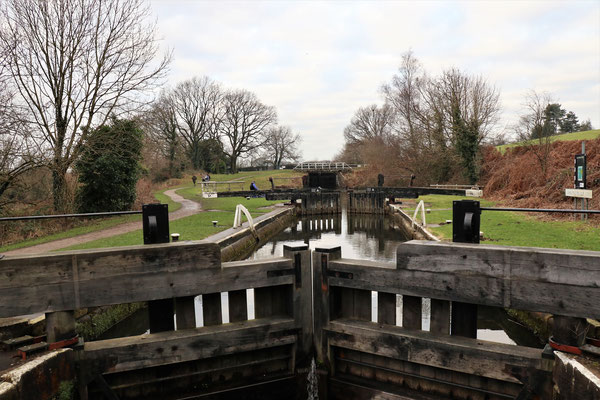 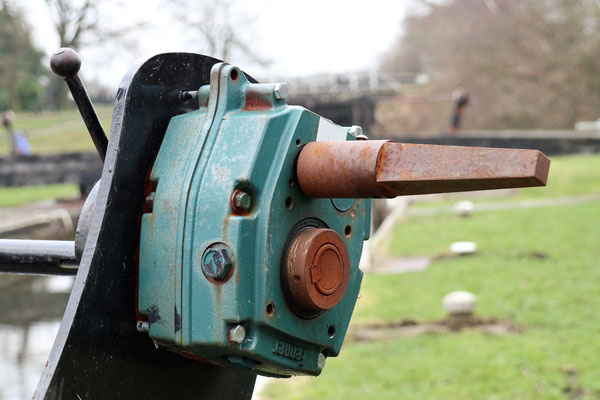 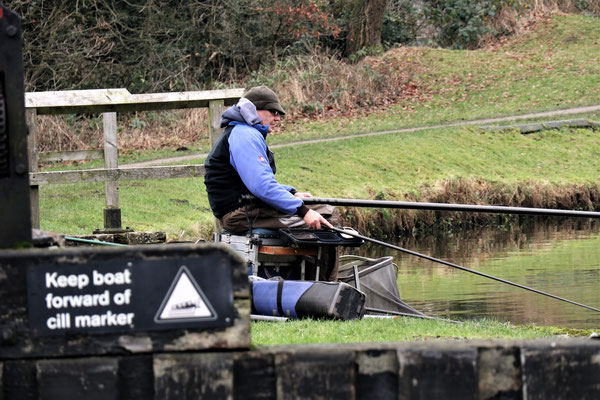 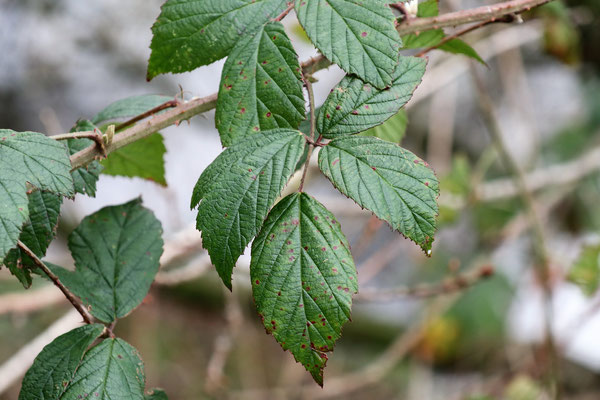 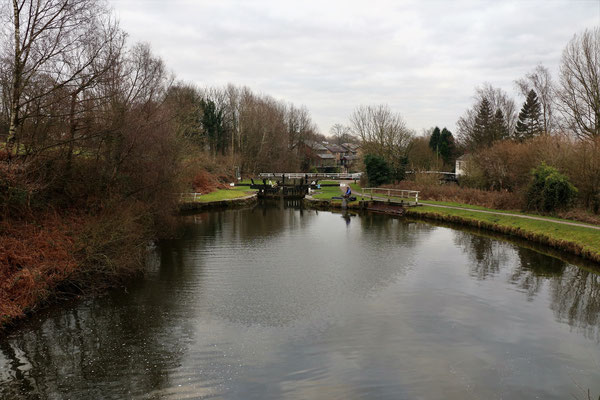 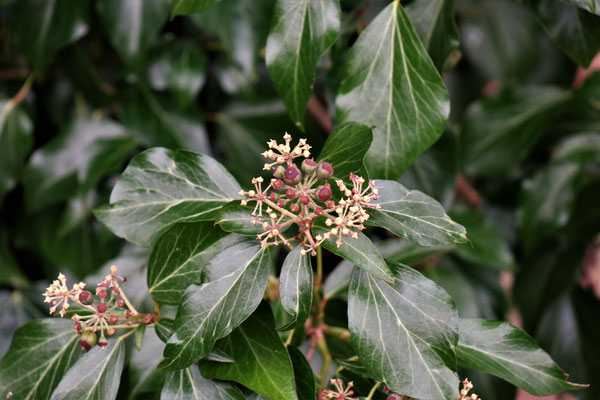 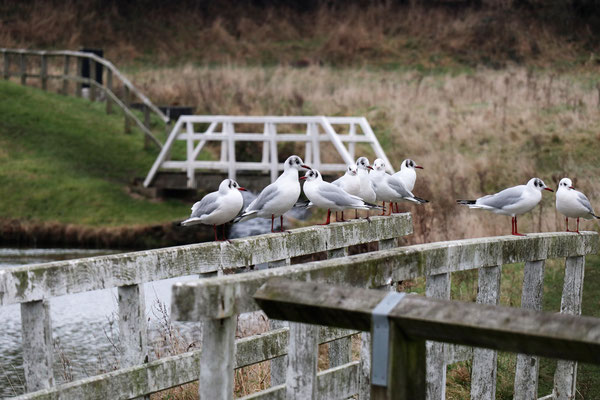 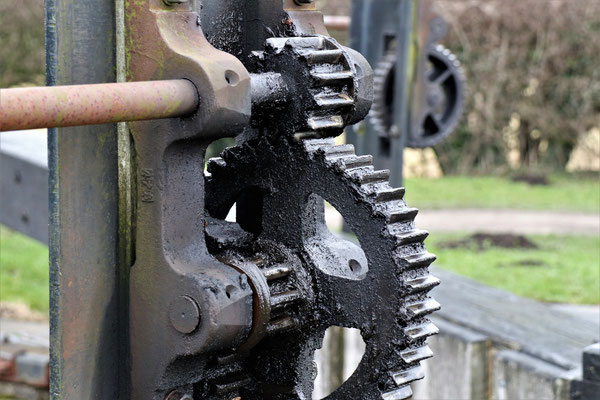 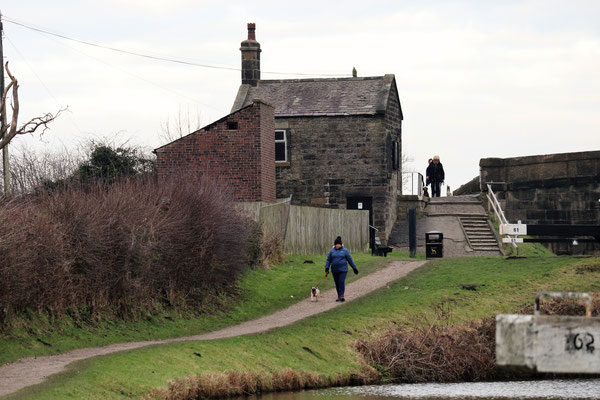 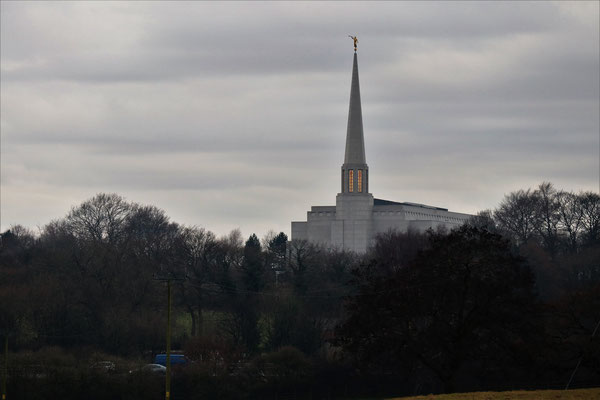 The EOS M5 employs a 24 Megapixel sensor - the same resolution as the earlier EOS M3, but more importantly becomes Canon's first mirrorless camera to feature Dual Pixel CMOS AF which allows up to 80% of the sensor area to double-up as phase-detect AF points, supporting smooth and confident continuous AF for stills and movies. It will shoot up to 31 JPEGs with continuous AF at 7fps and film 1080 movies up to 60p.

The M5 does however pair the sensor with the latest DIGIC 7 processor and offers five-axis electronic (not sensor shift) stabilisation. Finally, the EOS M5 includes Wi-fi, but in a first for Canon, complements it with Bluetooth which can maintain a constant low-power connection with your phone. Bluetooth is used to initiate a Wi-fi connection without having to touch the camera, and can also be used with a new app to deliver a simple but more responsive remote shutter release.

The screen is a 3.2in touch-panel, inherited from the 5D Mark IV, and tilts 90 degrees upwards for waist-level shooting, or up to 180 degrees down for high-angles or to face the subject. The decision to angle down by 180 degrees rather than up was dictated by the presence of a central viewfinder hump, and a side-hinged screen ruled-out on thickness.  The tripod mounting will obscure the screen so it will be stumbling block for video loggers however it remains suitable for handheld use.

I was also a bit disappointed that Canon has left the memory card slot the battery compartment where side access would have been ideal.

The new "Touch and Drag" function for AF point selection lets you move the AF frame by dragging a fingertip across the monitor while using the viewfinder. It's similar to functions provided in the latest Olympus an Panasonic cameras and works quite well once you've sorted out whether to use your right thumb or a finger of your left hand. You can also detail which quadrant of the screen to use and this is useful for preventing those "nose" actuated focus point shifts!

One thing I do like about Canon's software for exposure is the fact that you can set Auto ISO in Manual mode. This is great if you want to lock in a particular aperture for depth of field effects and a particular shutter speed for subject motion blur (or freezing the subject) and then the AUTO ISO takes care of the rest of the exposure - and - you can use exposure value compensation in this mix as well. You can set a MAX ISO value and the camera will warn you if the ISO exceeds this value but still will take the picture. In the other modes Aperture priority and Shutter priority Auto ISO can also be used. It would be nice if in the aperture priority mode the shutter speed was set at least 1/focal length of the lens and then adjust the ISO but it doesn't appear to work that way.

A nice touch is the self timer can be customised to provide any delay up to 30 seconds and any shots up to 10 giving infinite choices for all kinds of application.

To emulate the top plate of a DSLR Canon have added a Dial Function push button. In shooting mode if you depress this button you can cycle through/adjust things like ISO, WB. EV etc. The actual selection available will depend on the shooting mode.

Pop up flash is available but sadly it cannot be used as the master commander in a wireless flash setup. You have to install a separate flash unit on the hot shoe to perform this task. As a lot of features have been lifted from the 80D I was hoping that this would have been one of them as it seems a waste to use another flash gun to act just as the wireless commander. It could be that the little 90EX would be a great addition here.

The fold down LCD prevents the camera from being used on a tripod as the tripod head obscures the screen. This simple modification overcomes that and provides a clear view of the screen.

This simple adaptor plate made from 4mm thick by 25mm wide aluminium flat bar. It has a countersunk 6.5mm hole to allow the plate to be fastened to the camera and a 3/8 - 1/4x20 tripod adaptor bush ( to reduce thread wear in the aluminium plate) drilled at a position so that the tripod fixing clears the LCD when it is folded down

The detail of the countersunk fixing position for the camera mounting screw and the position of larger Arca style tripod plate position.

the bar is positioned so that the battery box/sd card slot is still accessible whilst on the tripod plate.

The detail of the 3/8 to 1/4x20 tripod adaptor bush fitted into the aluminium bar to reduce thread wear.

This hole is central on the long axis of the bar and 110mm from the right hand edge of the bar.

Using Raynox Close Up Lenses with the Kit Lens 14-42mm

To get close up or macro images with the micro four thirds camera without resorting to either a dedicated macro lens or extension tubes it is possible by using supplementary lenses on the standard kit lens. Although the simple single element close up lenses do work they suffer from edge distortion and chromatic aberration. It is far better to use achromatic lenses such as the Raynox 150 or 250 models. The 150 is probably the most useful of the two, it gives good magnification and reasonable working distance to the subject.

This image is taken with the Raynox 250 lens at full 42mm zoom, camera set to F8.

The working distance is just 6 cms (2.5 inch) from the subject.

This page is intended to bring details of micro four thirds (M4/3) and other mirrorless systems cameras like the Canon EOS M & M3 units.

I find that the extra level of image quality improvement coupled with a realistic size to weight ratio is a great way to push your photography a little farther. Whilst not matching full frame DSLR quality, the options to purchase specific lenses for particular photographic needs or use legacy lenses via mount adaptors can make this a very attractive alternative to the larger format DSLR's.

Pictured above is my latest addition to my collection the Panasonic GX8, shown here with the excellent X series 12-35mm f2.8 lens.

I'll be doing a full review of this camera shortly.

See my full review of the GX8 on Reviews (2) page